The system offers an unprecedented level of spontaneity and interactivity for producers, directors, and performers. Through a combination of proprietary hardware and software, our animated characters are streamed in real time and are “directable,” like live action actors. This ensures high quality by reducing the likelihood of costly revisions further down the pipeline, enabling resources to be directed towards making the best final picture possible. Our technology is based on traditional soft puppetry skills, allowing the Creature Shop to draw performance talent from its deep pool of world-class puppeteers. The characters are also placed into full CG environments throughout production, allowing directors to compose shots as they would on a live action set and perform camera moves that will be seen in the finished product.

This is used as a pre-visualization tool for our groundbreaking, fully lit and rendered CG animation. Additionally, the data acquired in this performance capture can also be broadcast or streamed, taking advantage of either local networks or global Internet infrastructure. Final output can be catered to many different mediums, including web broadcasting, computer games, television, and film. 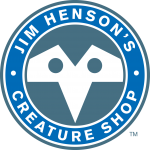