Not only is he wise; he’s funny! Lenny is a wisecracking comedian who leaves viewers in stitches. 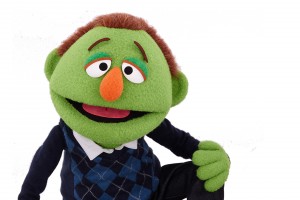 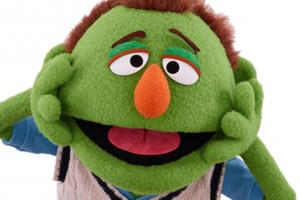 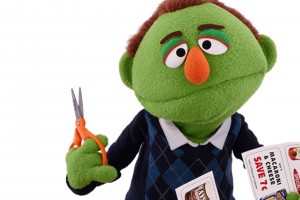 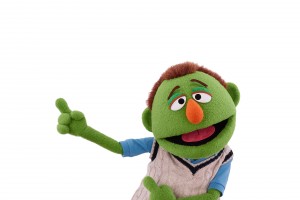 Who among us hasn’t felt just a tad uneasy when borrowing large sums of money for a new home, car, or re-fi? Enter Lenny, the endearing spokes-puppet for the online loan exchange, LendingTree. The star player in a multi-platform national advertising campaign that launched in spring 2013, Lenny is an irreverent but oh-so clever alter ego to LendingTree’s gullible everyman, Len.

Not afraid of speaking truth to power, Lenny the puppet dares to articulate what his human counterpart is too polite to ask when sitting across from an unscrupulous loan officer.  He’s that knowledgeable pal we’d all like to take with us when the talk turns to interest rates, points and arcane financial lingo.

Not only is he wise; he’s funny! Lenny is a wisecracking comedian who leaves viewers in stitches – the perfect antidote to loan app anxiety syndrome. Spouting memorable, on-target one-liners, this pint-sized pitch puppet is no one’s dummy.

Merkley + Partners approached us about creating a smart, saucy puppet to front a national ad campaign on behalf of their client, LendingTree.

The goal was to convey LendingTree’s online convenience and its no-nonsense, transparent business ethic using an approachable character who exuded trustworthiness – plus an intolerance for BS (Bank Speak). Having locations in L.A. and New York, we were able to provide a full range of creative services from both coasts, making us an ideal partner for this project.

Phase One: Finding the True Lenny.

Getting started, we held a creative kickoff meeting with the client’s team to discuss Lenny’s backstory, along with his initial personality traits and appearance. After several rounds of designs, we finalized the character on paper; then it was on to mocking up the puppet in foam and fleece.  Throughout the mock-up phase, we checked in frequently with the client, tweaking Lenny’s facial characteristics and wardrobe to make sure his developing look reflected the role he was to play.

Once the mock-up was finalized, we moved to the build phase, fabricating both a hero puppet and a back-up.  Throughout this month-long process, we sent the client daily photos and videos of how Lenny was coming to life.

Simultaneously, we held puppeteer auditions, tapping into our renowned pool of talented performers.  Humor was a guiding principle, so a key criterion was that the puppeteers who were chosen were gifted at extemporaneous comedy.

During the commercial shoot in L.A., we provided a puppet wrangler. This valuable service included getting Lenny camera-ready, rigging him with props, and ensuring his safety during the entire production.

A Lasting Commitment: Following the shoot, we’ve provided storage and maintenance services for the Lenny puppet that include prepping it for any new productions.

Lenny sprang to life thanks to a winning concept from our client and a successful creative collaboration among all players. He’s the embodiment of the Jim Henson Creature Shop’s creative legacy: a funny, smart puppet with a BIG personality and an endless capacity to entertain.